At Ape, we have a lot of time for those who do things properly – those who don’t cut corners and who spend that bit longer to get something just right. That applies to the watches we wear and the clothes we buy so why shouldn’t that apply to the spirits we drink? Despite the inevitable resulting chaos from the pandemic which shall not be named, 2020 has been quite a year for whisky releases in particular; distillers have played their part to keep us all sane but not so sober.

Don’t get us wrong – we have pretty high standards when it comes to the whisky in our glass. Often scouring the four corners of Scotland for the best bottlings on the market, the Ape team knows a good malt when we see (or drink) it. In that spirit (the puns end here, promise), we have picked out the whiskies – and the places you can find them – that we’ll be restocking up on this year. 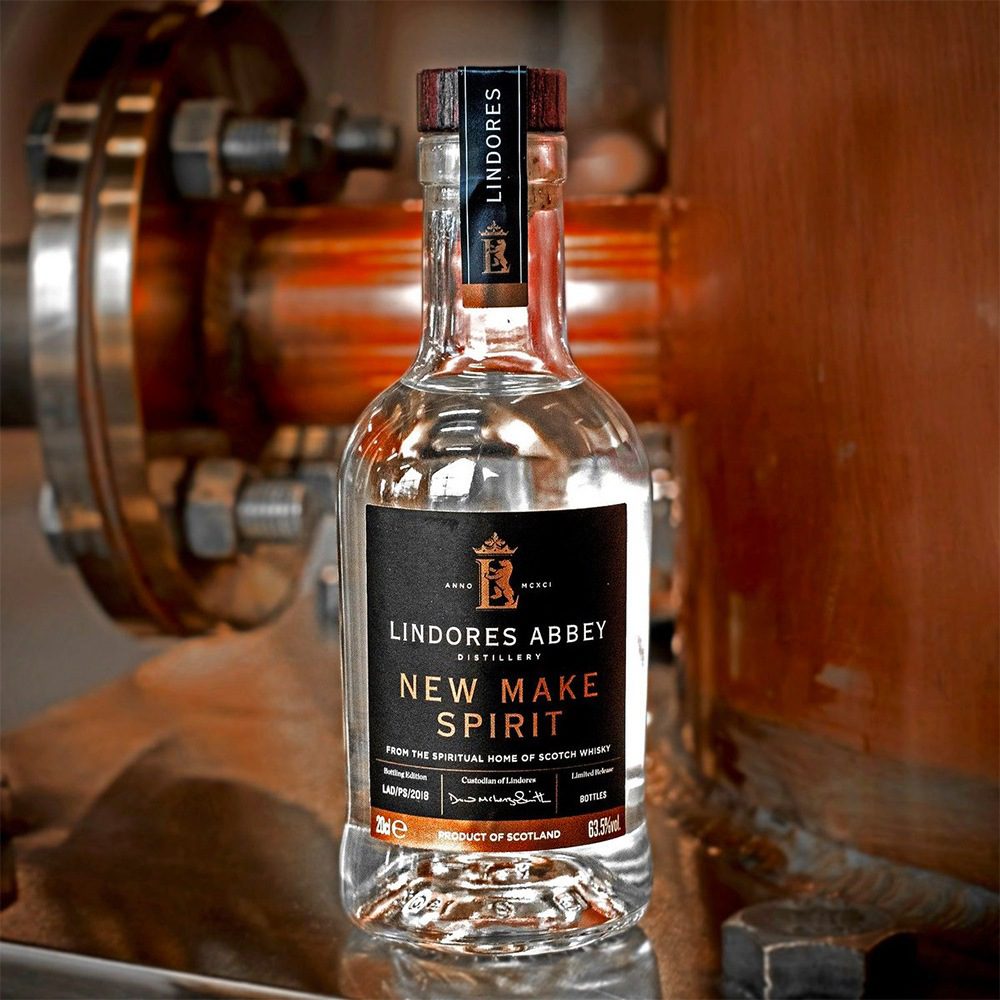 Now, this is not a whisky award per se (good start, right?). “New make” is the ultra-high-proof, clear spirit that fills oak casks to eventually mature into whisky. This is the raw spirit which will determine the style of a distillery’s future whisky; get this wrong and no cask can fix it.

A quality new make is thus a sign of potentially superb whisky to come and boy, does the fruity and nutty new make from Lindores Abbey Distillery in Fife fill us with confidence that they have a cracking malt on the way. 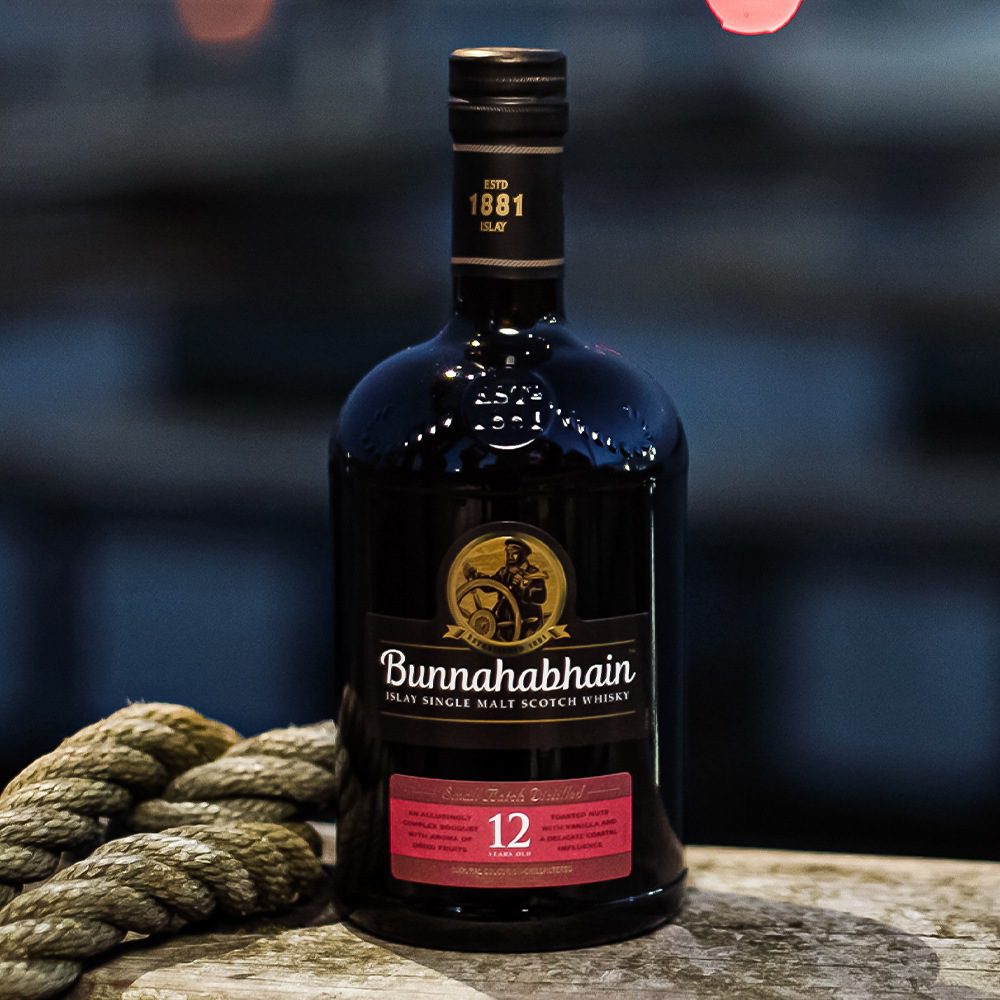 It would be wrong to consider this a “budget” category. Let’s be honest, the whole adage that whisky has to be obscenely old and pricy to be good is nonsense. It’s what is in the bottle that matters and we often find that you rarely go wrong with Bunnahabhain from the north-eastern shores of Islay.

Their 12 year old is liquid proof that Islay whisky doesn’t have to be laden with smoke and ash (we’re looking at you, Ardbeg); this unpeated dram is rich and nutty but still has a very slight sea salty note which nods to Bunna’s maritime heritage. We could (and often do) drink this one all evening. 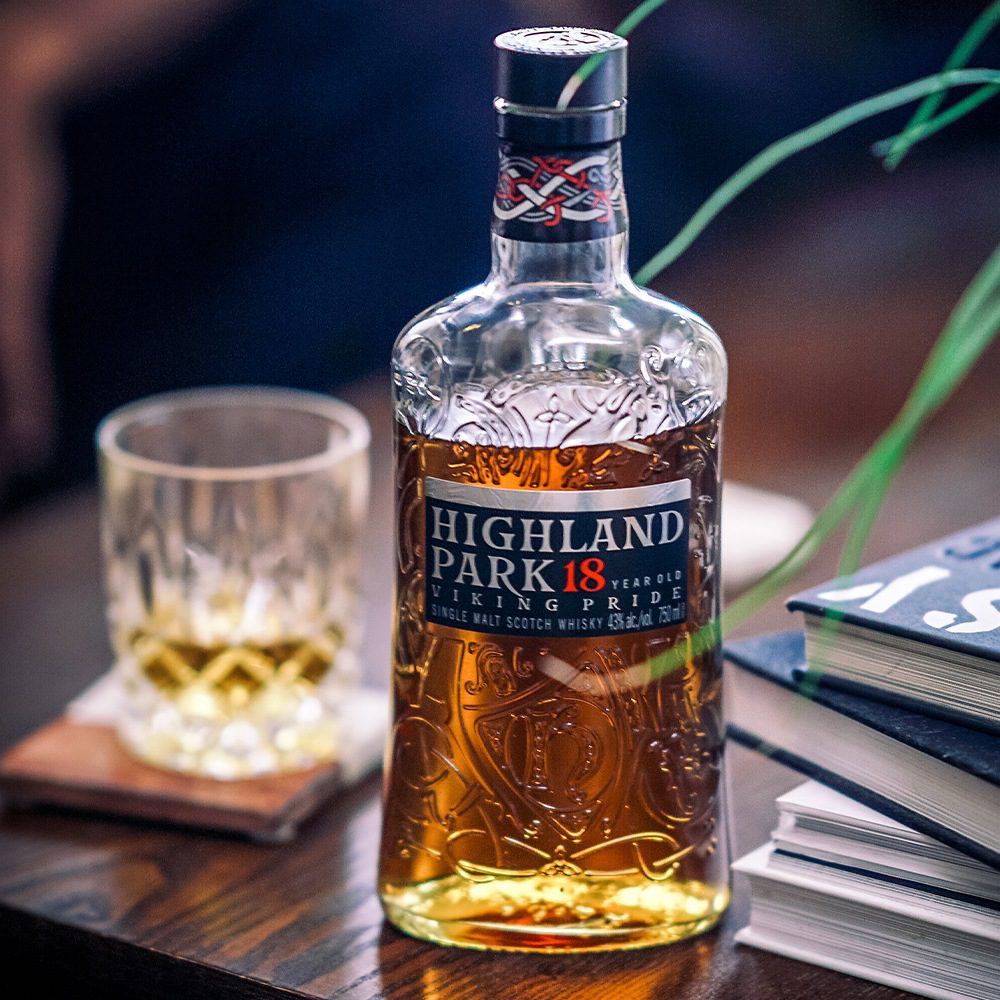 Now, this was an especially tricky category to judge. We find that pushing the boat out to £100 presents an overwhelming number of respectable malts to choose from, including a healthy handful of well-aged bottlings.  We narrowed this down to three drams and since we take this part of our job here at Ape fairly seriously, we tried each one a few times just to make sure that we made the right decision.

In the end, we unanimously arrived at Highland Park’s 18 year old from the Orkney Islands. Distilled from barley gently smoked with local island peat turned by hand, this whisky was then matured in rich and dry European oak sherry casks left to slumber away on the islands until adulthood. The result? Heather honey sweetness meets peat smoke and ends with one hell of a long, warming finish. 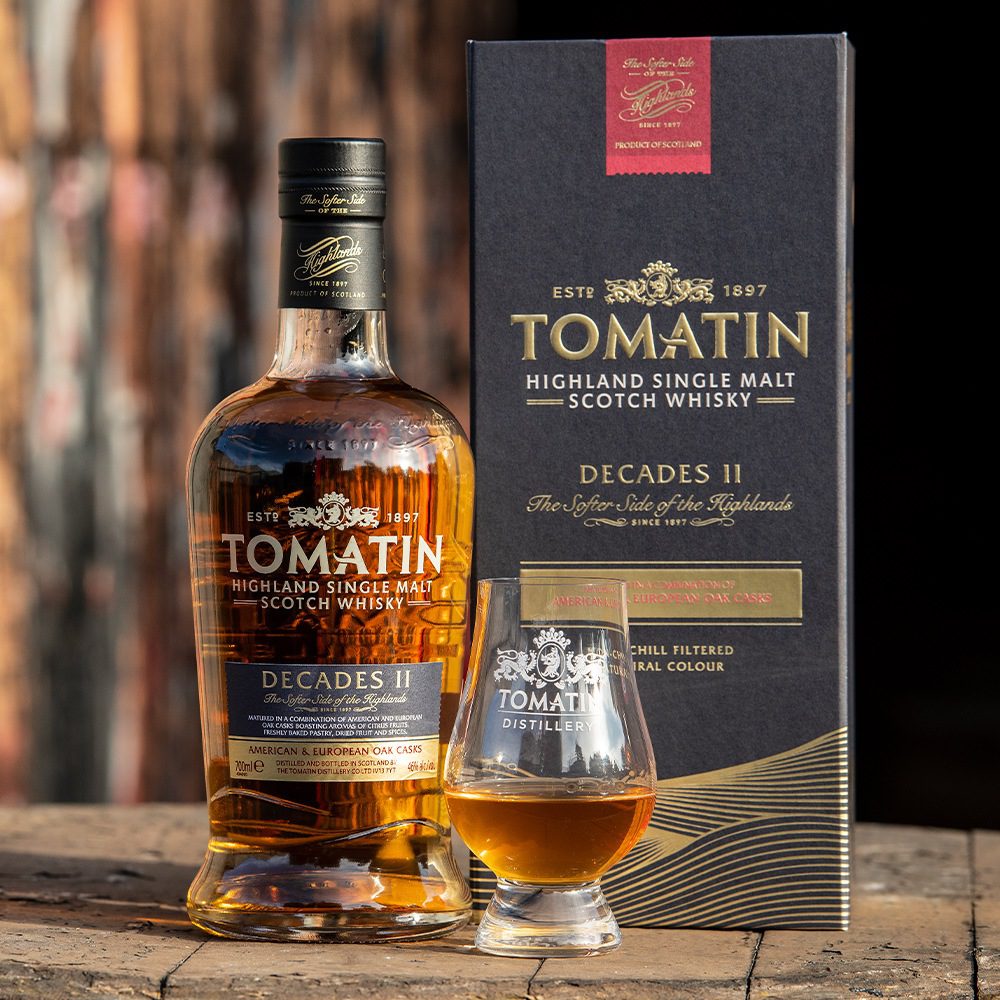 As much as we love good whisky, it would either have to be a spectacularly good or horrifically bad day for us to drop anything north of £100 on a bottle of malt. Nevertheless, such occasions do arise and needless to say, our expectations are that bit higher when it comes to the liquid in the glass.

We did, however, find a worthy winner in Decades II by Highland Distillery Tomatin. This is a “marriage” of 21 casks distilled in certain vintage years over each of the last five decades, from refill bourbon casks from the early seventies and oloroso sherry butts from the eighties through to French oak barrels laid down as recently as 2013.

We have so much respect for what Tomatin have done here; they could have easily bottled the oldest casks on their own and marked them up with eye watering prices. Instead, they have paid tribute to team members who have worked at the distillery over the last five decades by blending stand-out casks from the last 50 years together, each a respectful nod to a way of distilling that cannot be replicated ever again.

On the palate, bourbon, sherry and verdejo wine casks have come together harmoniously to deliver a rather floral and fruity dram rounded off by such a long, waxy finish – a truly beautiful whisky. 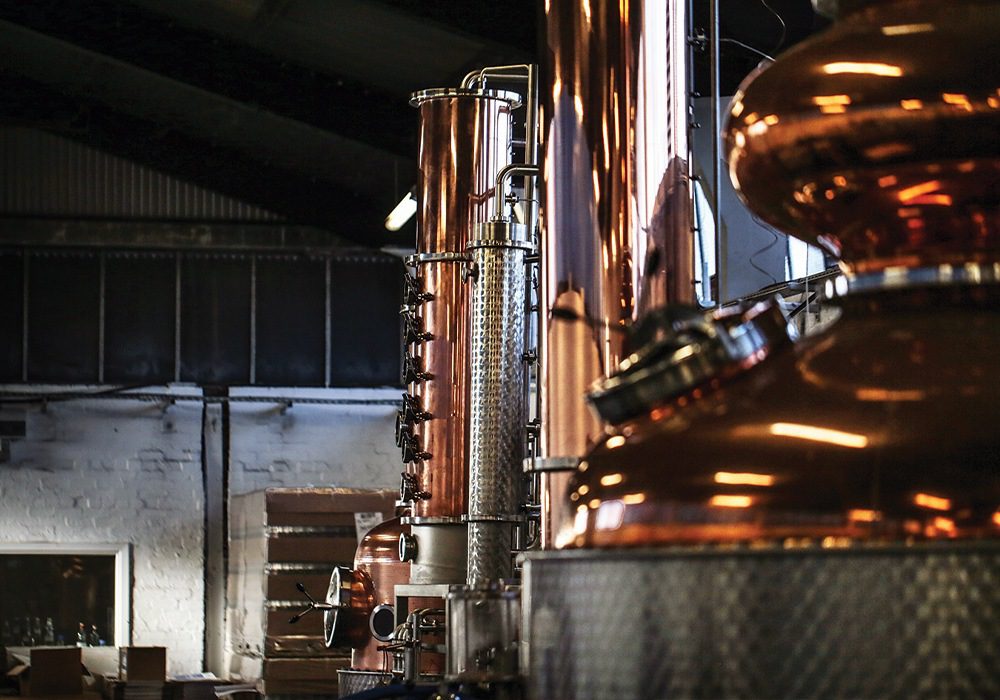 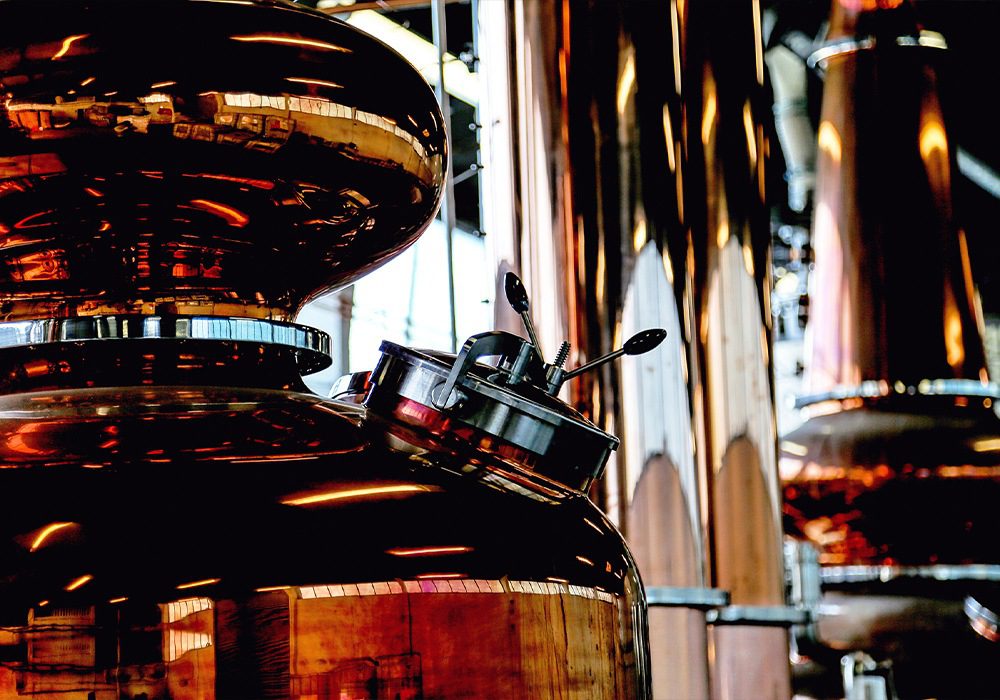 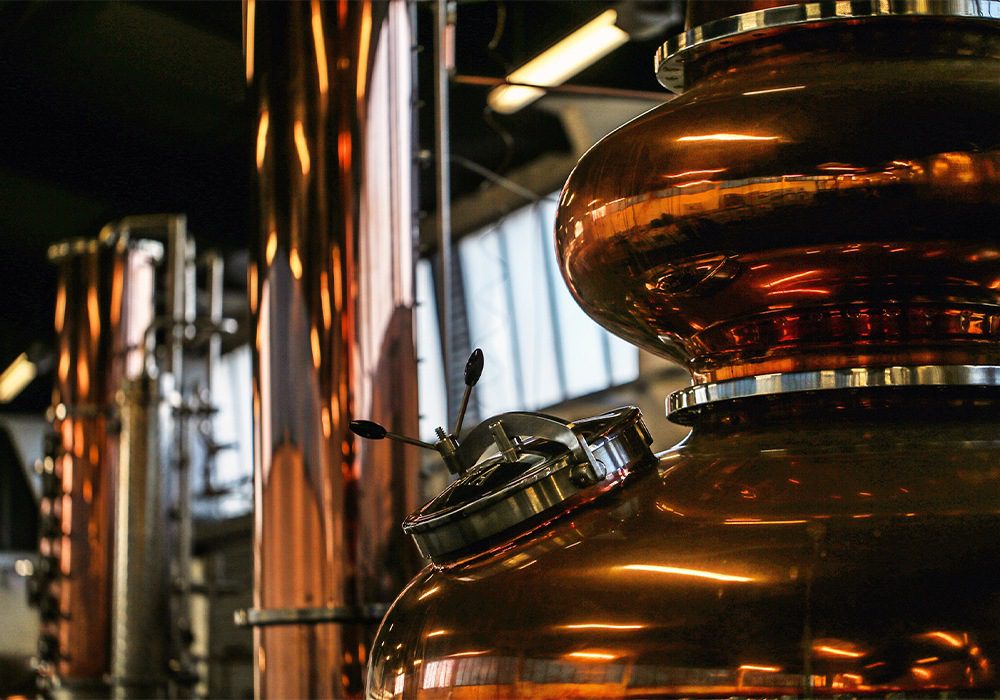 Building a new distillery is infamously expensive, difficult and not a project for the impatient. After all, spending a few million on shiny copper stills and casks and then having to wait several years before your product is ready, unsurprisingly puts even the most entrepreneurial minds off the idea.

Nevertheless, some persist and really throw the kitchen sink at it. In 2014, The Glasgow Distillery Co opened Glasgow’s first distillery in well over 100 years and took its name from the original Glasgow Distillery Company which was founded at Dundashill in 1770. This year has been a particularly big year for the upstart – a triple distilled single malt which has been fully matured in virgin oak casks joined the core range which includes an award-winning peated release.

We have been impressed with everything released to date and have to commend the team at Glasgow for bottling their malts at natural colour and free of chill filtration. In other words, they have decided to do this whisky thing properly. Factor in their heroic efforts in turning their distilling prowess to producing hand sanitiser for local hospitals amidst the current crisis and we think they are more than deserving of our Best New Distillery award. 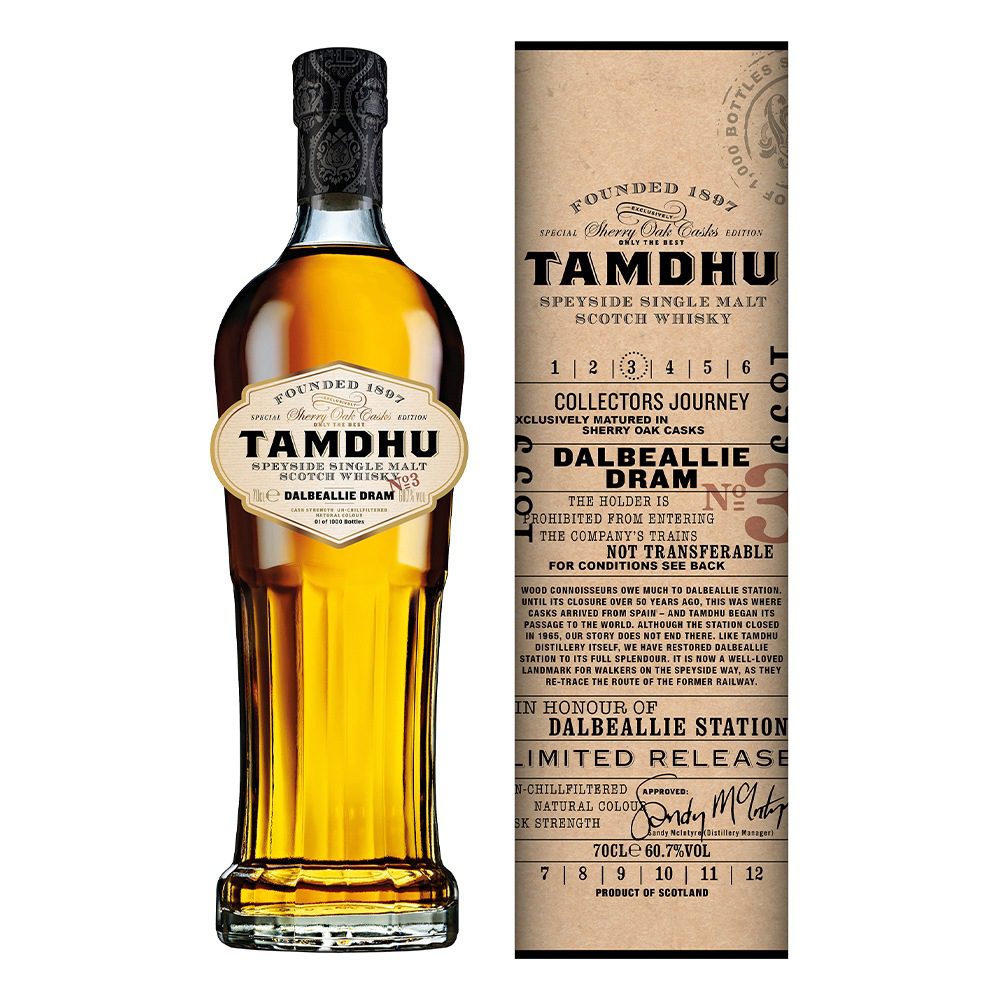 Being lucky enough to try so many spectacular drams is both a blessing and a curse; the latter manifesting itself in an obligation to choose our overall favourite malt for 2020.

That difficult task, however, was made infinitely easier once we were given a blind dram of this year’s winning whisky. Blood red in colour, buttery on the nose and spicy on the palate, our top prize had to go to the third batch release of Tamdhu’s Dalbeallie Dram.

It’s no great secret that the Ape team have a wee bit of a soft spot for this style of whisky (mid-winter fireside drams, so to speak) but we all agreed that the Dalbeallie is perhaps the best example of heavily sherried Scotch we had seen in years. Bottled at a natural strength of no less than a whopping 60.7% abv, this syrupy and weighty Speysider is not one we’ll forget in a hurry.

The post Whisky Awards: The Best New Whiskies Released In 2020 appeared first on Ape to Gentleman.