With the popularity of social media platforms continuing to soar, so too does our incessant desire to look our absolute best. We’ve all been through the motions with regards to finding our best angle, or thinking we look sub-optimal in some pictures, so achieving what we consider to be the best version of ourselves has never been more paramount.

For some guys, the threat of receding hairlines or total hair loss can be all too real. WebMD says some 85% of men will suffer from thinning hair by the time they’re 50, while some other guys will lose pretty much all of their hair before they turn 21. It’s not just men that experience hair loss, either, as just as there is male pattern baldness, there is also female pattern baldness. The world can be cruel.

But, with today’s modern advancements in technology, it’s now possible to get a hair transplant. This involves taking hair from other places on your body and putting it onto – or rather, into – your head, creating the illusion that you still have a glorious head of hair, even as you get older. No longer do you need to buy yourself a dodgy toupee or wig, and despite what you might initially assume, hair transplants can now be performed without leaving any major scars on your head.

Hair transplants are becoming increasingly popular, and it’s not necessarily as expensive as you might think, so it’s not a procedure solely reserved for the highest earners such as Wayne Rooney or Lewis Hamilton. In fact, Business Insider reports some 650,000 men and women receive hair transplants every year, and it is cited as being one of the top five most popular cosmetic surgeries for men.

So, what exactly is involved in a hair transplant? What are your options, and are they any risks? We’ve put together this ultimate guide to hair transplants, with help from industry expert David Allen – who has received a hair transplant himself and has since started a business making the procedure accessible to more Australian men – to tell you everything you need to know.

Genetic hair loss is most definitely a thing, although it’s not always the cause for all incidents of baldness. Other factors such as stress, nutrition and even medication can play a part in what happens to your luscious locks, according to Healthline. But, with regard to genetics, it causes male pattern baldness or female pattern baldness – the scientific term referring to both is known as Androgenetic alopecia – and studies on twins have concluded that 80% of male pattern baldness does indeed come down to genetics.

It’s often been believed that men will follow in the follicular footsteps of their mother’s father, which can often be the case, but it isn’t necessarily true for all men who suffer from hair loss. As Healthline adds, hair loss can often be explained by our chromosomes – the 23 pairs, comprising ‘X’ and ‘Y’ chromosomes, that determine our biological make up – as baldness is often associated with what is known as the AR gene, which is found on the ‘X’ chromosome, which men inherit from their mother’s.

But, as we said, your mother’s father isn’t always to blame, as a large proportion of balding men have a father who also experiences hair loss.

David Allen adds that we we produce and chemical called DHT – Dihydrotestosterone – and some men produce more than others. He adds, “Some people say ‘I’m not going to go bald, my dad’s got hair’, but it doesn’t work like that.”

“You can inherit DHT from either parent. DHT causes the hair follicles to go through a process called miniaturisation. The hair becomes weaker and weaker and thinner until it can’t push through the skin anymore, so the skin grows over it.” He adds, “For some reason, and nobody really knows why, but DHT doesn’t affect the hair on the sides and back of your head.”

The American Hair Loss Association continues, “The sensitivity of those receptors is a genetic trait. Your levels of DHT may be quite normal for your age and gender but everything depends on the receptors.”

What Are The Different Types Of Hair Transplant?

So, if you’re someone who experiences hair loss and wants to do something about it, the notion of an effective and completely normal looking hair transplant is now a very real possibility. However, as with most cosmetic surgeries, you tend to get what you pay for. If you scrimp on the amount you’re willing to spend, you can’t go expecting miracles.

While hair transplants have started to gain momentum among men and women, because they’ve become more socially acceptable thanks to the likes of Lewis Hamilton and co., there was only really one main method used back in the 1980s: hair plugs.

As Paras Hair Transplant says, hair plugs involved “removing a long strip of skin and hair follicles from the back of the scalp, leaving a long scar.” The hair that was obtained from this strip was then manipulated into ‘plugs’, that were then implanted into the skin on top of the head. Whilst this would give you hair where you wanted it most, it would look pretty unsightly: think of how the hair of a Barbie doll looks and you start to get an idea of how your plugs would look.

Follicular Unit Grafting – FUG – works in a similar way to hair plugs, in that a strip of hair is removed from the back of your head which again, leaves a scar, despite the area being stitched together. Rather than morph the donor hair into plugs, however, the hairs are extracted and implanted in much smaller units comprising just a few hairs. An improvement over hair plugs, sure, but you’re still left with a scar on the back of your head.

Follicular Unit Extraction – FUE – is the hair transplant method that is going to give you the best results, and the one that David Allen encourages people to use. FUE sees hairs taken from the back and sides of the head, since they closely match the texture of the hair on their head. They are then individually planted into the follicles on the top of the head, where they will be accepted and have the greatest chance of success.

As David says, “Once you’ve had a hair transplant, it lasts for life. Do it once, do it right.”

The same can be said for beards and even eyebrows, with the latter being given hair from the upper portion of the neck, since it most closely matches the eyebrow hairs.

Who Can Get A Hair Transplant? 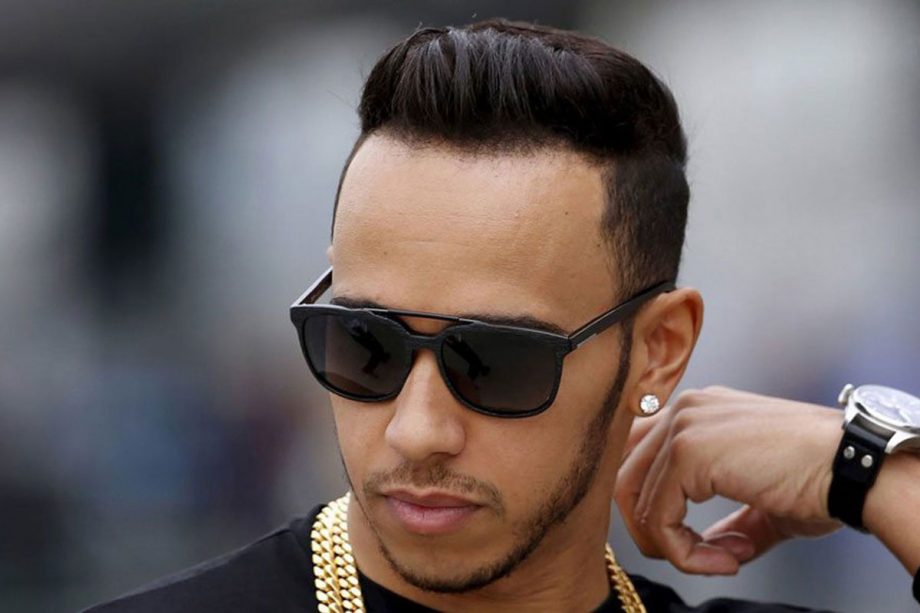 Both men and women can get hair transplants, but the legal age is a minimum of 18-years-old, although David says his company only tends to accept customers who are 20 or older.

How Much Does A Hair Transplant Cost?

As like most other cosmetic surgeries, hair transplants don’t come cheap. They also don’t just happen overnight, but instead, you will need to be prepared to sit through multiple sessions lasting between 2 to 4 hours each time. However, it does depend what type of hair transplant you decide to go for. We would imagine, after reading the information above, you’d want to have an FUE hair transplant for the best possible results, and with the least amount of scarring.

According to Healthline, an FUE hair transplant can cost anywhere between $4,000 – $15,000 per session. Multiply that by the 4 or 5 sessions required (sometimes it can be more) and suddenly your children’s chances of going to college start to narrow. Naturally, the more experienced the surgeon, the more you can expect to pay.

David tells us that Turkey is perhaps the best country in the world to offer hair transplants, so if you can find yourself a good surgeon there, and can afford everything else that comes with it: flights, accomodation, holiday time etc, then get yourself booked in.

What Are The Risks With Having A Hair Transplant?

If you go down the Follicular Unit Extraction route, there are actually very few risks to cause concern. If performed by professional surgeons, the procedure is supposedly risk-free. While you will be left with thousands of tiny, one millimetre-wide scars, according to David, these will naturally fall over after a couple of weeks.

Following your surgery, you’ll want to avoid direct sunlight, as they will cause the head to dry out, so all you need to do is wear a loose-fitting cap. It’s also important you avoid any strenuous exercise that will cause you to sweat, as excessive sweating will cause the pores in the skin to open up, which could affect the results of your surgery.

David further explains that “Cheaper places may not have looked after the hair follicle [the one that has had skin grow over it] when they came out of your head, which means the follicle may already be dying by the time it comes to having the hair implanted.”

“This affects your chances of success, and when you do decide to spend extra money, the problem you have is you have limited resources for other companies to work with to try and fix the problem.”

One thing David does say you must remember when having a hair transplant, is to not drink alcohol beforehand, as it causes the blood to thin, which can then cause the repairing process to slow down. You can always celebrate your new look once the procedure has been performed.

It’s also important that you keep your stress levels to a minimum, as David explain, “When you’re relaxed your body rejuvenates much quicker, healing time is much quicker and your success rate of the hairs is much higher.”

What Celebrities Have Had Hair Transplants?

As we mentioned earlier in this piece, hair transplants have been a ‘thing’ for many years, but anyone who has had one has likely felt compelled to keep their cosmetic procedure under wraps as best as possible. It would have often been as socially embarrassing to admit to having a hair transplant performed. However, more and more celebrities are getting them done, and while some won’t necessarily admit to it, others are more than happy to speak about their benefits and the positive influence having one has had on their life.

Actor and comedian Joel McHale, known for his starring role in the sitcom Community, is one such celeb to speak of the benefits of having a hair transplant. According to CheatSheet, he opened up to fellow actor Justin Long during a podcast recording, telling him he’d had three hair transplant surgeries: “three surgeries later, look at my hair! The technology is bananas now. They pluck your hair and stick it there”

Former Manchester United and England footballer Wayne Rooney opened up about having a hair transplant in 2011, posting on his Twitter account “Just to confirm to all my followers I have had a hair transplant. I was going bald at 25 why not. I’m delighted with the result.”

Calum Best, famous for being England footballing legend George Best’s son, has also gone under the knife, admitting in 2015: “There is no doubt the three procedures have changed my life. No man wants to be bald when he is older.”

Celebrity chef Gordon Ramsay is another who is believed to have had a FUE hair transplant, choosing to go to the Alvi Armani centre in Beverly Hills, California.

And of course, Lewis Hamilton. While the man himself hasn’t confirmed he’s had the surgery performed, we fail to believe he went from an almost-skinhead when starting his F1 career with McLaren, to a man who can now comfortably grow a huge afro, without some sort of procedure.

The post Ultimate Guide To Hair Transplants For Men To Look Younger For Longer appeared first on DMARGE.