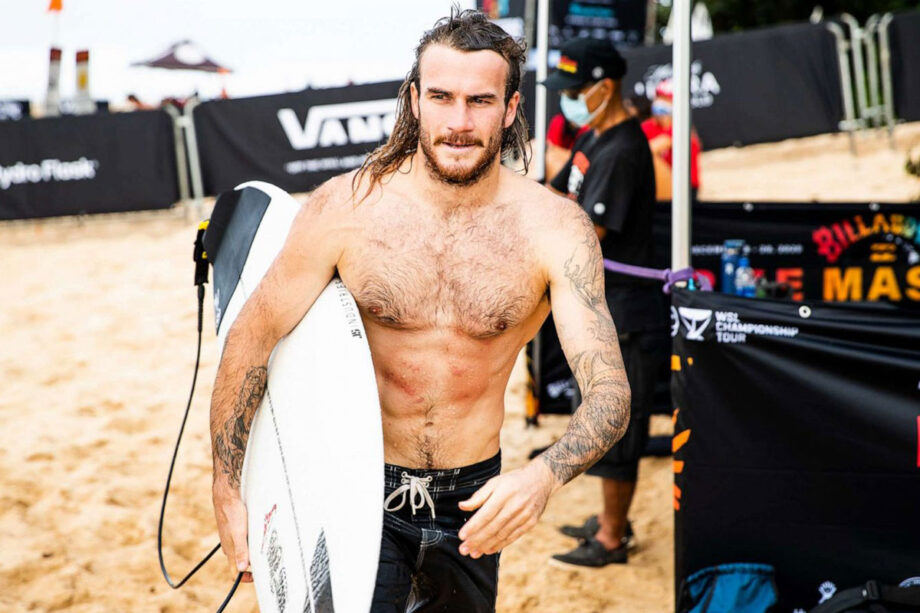 Australia’s most vilified haircut may now be its greatest. After decades of being ribbed as a crime against humanity, mullets are now – perhaps – the coolest they’ve ever been.

In a new year’s gift from the gods, giving the long-locked trend yet more momentum, is a recent incident involving Australian surfer – and proud mullet wearer – Mikey Wright. Wright averted what could have been a tragic event, rescuing a beachgoer from dangerous waters in Hawaii.

Mikey Wright is known for free-surfing, four-wheel driving and Akubras, but in recent years has made more and more inroads into the competitive scene.

For this reason, the current 17 ranked men’s surfer in the world (after the first event of the year), is in Hawaii – competing. But After December’s Pipeline Masters, he found himself centre stage for another reason. After noticing a woman being swept off a patch of rocks, Wright sprang into action.

RELATED: Decoding The ‘Skullet’; This Century’s Most Controversial Men’s Haircut

Seeing the woman pinballing her way through hard volcanic mounds, Wright realised she needed help. Although other beachgoers tried to assist too, the current proved too strong.

Fighting the surging waves and treacherous conditions, Wright dove in, swam out and picked her up. He supported her while they were pounded by waves, and helped bring her successfully to the shore, where the two were met by help from onlookers – including his sister (and two time women’s world champion surfer) Tyler Wright.

Jessi Miley-Dyer, a former CT surfer, said, “Who needs a cape when you have a mullet.”

“I knew that mullet had some magic powers,” professional surfer and artist Otis Carey wrote.

Since the rescue video has been published, two videos have emerged showing individuals inspired to rock mullets, both reposted by Wright on his Instagram story on Sunday the 4th.

The above man was not alone, with North Shore Surf Clinic posting a video too of what appears to be one of their students getting the mullet makeover.

This is not the first time a grom has got their Mikey Wright on, with Instagram account @memphis_surf getting the mullet (and attributing it to Mikey) a year and a half ago. That said: we doubt it’s a coincidence there were two in quick succession straight after Wright’s heroic moment. To cap it off, Mikey took to Instagram again today to show how he keeps his mullet in check. The secret? “The trick is… just do it really quick,” says his hairdresser.

Coming soon to a beach near you.

A post shared by the Kook of the Day (@kookoftheday)